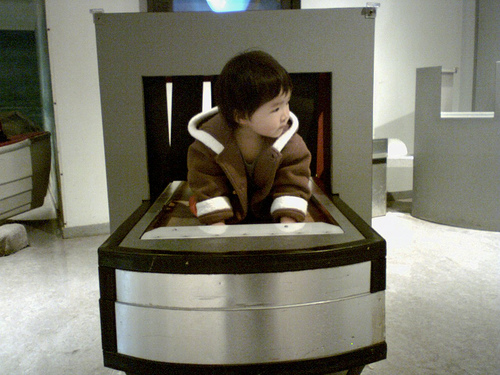 Nobody’s sure how or why, but the name of a 6-year-old girl, Alyssa Thomas from Westlake, Ohio, has ended up on the infamous no-fly list distributed by the Department of Homeland Security to airports everywhere. While traveling with her family from Cleveland to Minneapolis, Alyssa’s name was flagged by the DHS. However, in a rare and noteworthy display of common sense, airport officials in Cleveland actually allowed the girl to continue on with her flight undisturbed, and the Thomases later contacted the DHS to get the mistake corrected.
“We were, like, puzzled,” said the girl’s father, Dr. Santhosh Thomas. “I’m like, well, she’s kinda 6 years old and this is not something that should be typical. She may have threatened her sister, but I don’t think that constitutes Homeland Security triggers.”
To their credit, the DHS corrected the mistake, but they maintained that the no-fly-list is an important part of airport security and a crucial layer to prevent terrorists from taking wing within the US. As we all know, there’s no security risk greater than a kindergartner, except perhaps for a goth teen’s pointy metal boots.

Contact stepheni@cwnet.com with questions or if you have problems with your subscription.