Portable global positioning system devices that let travelers know precisely where they are and, more important, direct them to where they want to go, have been around for years. But airline pilots in the United States often must still rely on antiquated ground-based radio and radar equipment to land at airports. 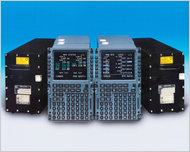 So when American Airlines Flight 1916 followed a satellite-based approach to Bradley International Airport near Hartford on Thursday afternoon, it was a momentous occasion, at least according to the pilot.
“This is really good stuff,” Capt. Brian Will told a small group gathered at the terminal to celebrate the flight, which originated in Dallas.
Before departing, Captain Will was so excited about flying the approach, he briefed his passengers on the technology even while doubting they would understand it.

“It’s a little bit like trying to explain a painting by saying, ‘Close your eyes and picture this,’ ” he said.
But Captain Will need not have worried about Caitlin Hardee, a passenger from Seattle. Ms. Hardee understood the technology just fine.
“It seems up until now they’ve had to route the flights along the ground in the track of physical stations, and now they’re using GPS with satellites,” she explained, while wondering why “they weren’t doing it sooner.”
That gets to the heart of the matter.
Airliners have been able to plan and execute GPS approach routes for about 15 years. Since 2005, the Federal Aviation Administration has authorized satellite-based approaches — called R.N.P., or required navigation performance — at more than 100 airports under its plan to modernize United States airspace by 2025.

The fact that the American air traffic infrastructure is so well established is one reason progress is slow.
“We’re in transition from ground-based to aircraft-based systems,” said Steve Fulton, an executive with the aviation navigation company Naverus.
“You have to continue to operate the airspace while you’re improving it, while you are upgrading it,” Mr. Fulton said. “We don’t have the luxury of flipping a switch overnight and all of a sudden we’ve got a new one.”
But airline officials say progress has been too slow. American, Southwest, Alaska Airlines and others have trained their pilots to fly R.N.P. procedures, and about 80 percent of United States airliners have the equipment to do so, the F.A.A. says. Still, the approaches are in use at only a small fraction of American airports. Their use abroad varies from country to country.
Because R.N.P. landings are so precise, they are considered safer, and because they can cut miles from the approach route, they are more economical, too.
The users “are demanding these procedures because it saves them money,” said Dale Wright, director of safety and technology at the National Air Traffic Controllers Association.

Four years ago, Naverus, which has been setting up satellite-based systems for airlines and airports worldwide, offered to create an R.N.P.
approach at Bradley Airport and give it to the F.A.A. for use by any airline that wanted it. It was a two-track plan to demonstrate the company’s skill at air navigation while navigating a federal bureaucracy in pursuit of more business.
“We would talk to people at the top of the F.A.A., and they were completely 100 percent on board with what we need to do,” Mr. Fulton said. “But they had to communicate that to a complex bureaucracy so everyone had the same vision.”
Mr. Fulton’s expertise with the technology is undisputed. As a pilot at Alaska Airlines in 1994, he helped create the first R.N.P. routes, then formed Naverus, which GE Aviation bought last year. Airlines and aviation authorities in Australia, China and Canada have used Naverus to install air traffic systems. Mr. Fulton says he hopes to win that kind of business from the F.A.A.
“There’s a real skill to designing these procedures and routes, and Naverus is a real subject matter expert by a really good margin,” said John Gadzinski, an airline pilot and aviation safety consultant.

Whether the Bradley Airport gamble will pay off with an F.A.A. contract to do more approaches is unclear. But after four years of planning, and an evening in the American Airlines simulator practicing the approach the night before the flight, Captain Will could not set the Boeing 737 down on Runway 15 as planned. Tail winds of 20 miles an hour required that he land from a different direction.
He dismissed the last-minute change with a shrug. “From flying a very scripted GPS high-navigation-accuracy approach to this runway, we turned around and I hand-flew,” he said. “There was no magic, no computers, me hand-flying and looking out the window to fly the other way.”
It could have been an allegory for the flip side of technology. “There’s always going to be things like weather,” Mr. Gadzinski said. “You get big thunderstorms and you’re back to Square 1.”

A version of this article appeared in print on August 27, 2010, on page B3 of the New York edition.