The story about the air traffic controller falling asleep on the job at Reagan Washington National Airport hit a public nerve.
The controller working the overnight shift dozed off for at least 24 minutes shortly after midnight on March 23. Meanwhile, two airliners, receiving no instructions from the tower, landed without ground supervision. Frightening.

The sleepy air traffic supervisor was suspended and the National Transportation Safety Board is investigating.
Yet a second incident involving air traffic control surfaced Tuesday, resulting in another suspension. 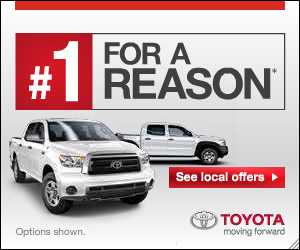 This one occurred near Orlando, Fla., when a controller asked a Southwest Airlines pilot to check on a small private plane that was not responding to radio calls. The larger aircraft, carrying 137 passengers and five crew members, descended to 11,000 feet, flying close enough to the private plane that Southwest personnel could see two people in the cockpit.

That was a violation of safety rules, according to the Federal Aviation Administration. “By placing this passenger aircraft in close proximity to another plane, the air traffic controller compromised the safety of everyone involved,” said FAA Administrator Randy Babbitt.
Sometimes controllers ask pilots of one plane to check on another, the FAA told USA Today, but protocol was not followed in this incident. The NTSB is investigating that case as well.

The sleepy controller incident awoke aviation regulators to examine the late-night schedules of some who perform this essential job.
One rarely hears of serious air traffic control errors. That may indicate a solid job performance overall. But any mistake in this line of work can be fatal. Hence, the investigations.