And just like everyone else, 37-year-old Diane Kruger and 35-year-old Joshua Jackson had to go through the motions on Thursday as they wearily made their way through the checkpoint at Los Angeles airport.

The couple seemed none too pleased as they queued up to have their belongings scanned. 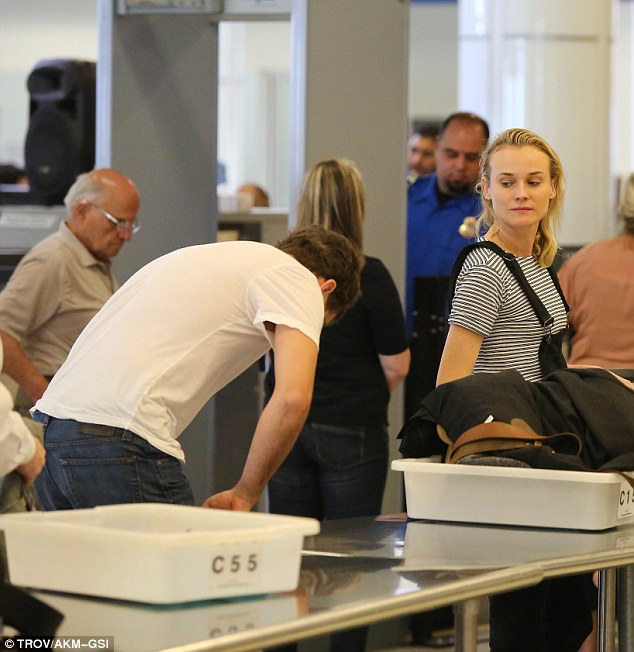 Long process: Diane Kruger and Joshua Jackson make their way through security at LAX on Thursday
Diane looked cute but casual in an outfit of black denim dungarees over a striped t-shirt and black studded Oxford flats.
The Dawson’s Creek actor wore a crisp white t-shirt and blue jeans but looked rather like he had just rolled out of bed, exhibiting some facial scruff and a messy mop of hair.
Heading off to an unknown destination the couple placed their jackets and belts on the conveyor belt. 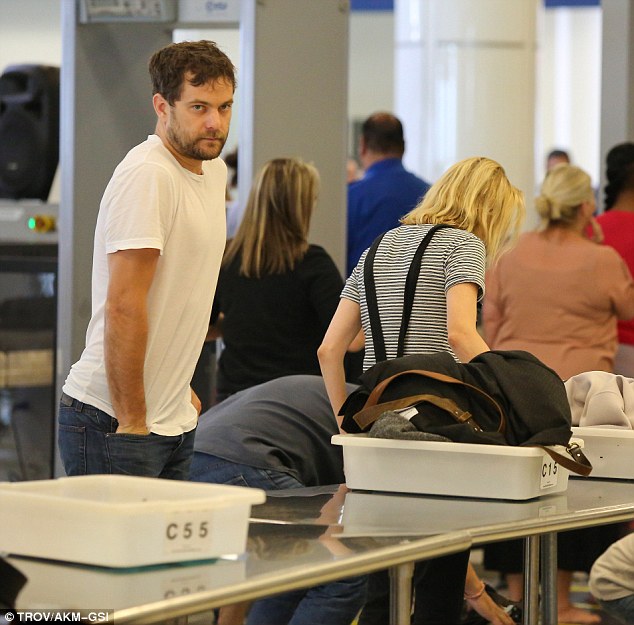 Weary: Diane, 37 and Joshua, 35, placed their belongings on the conveyor belt for scanning 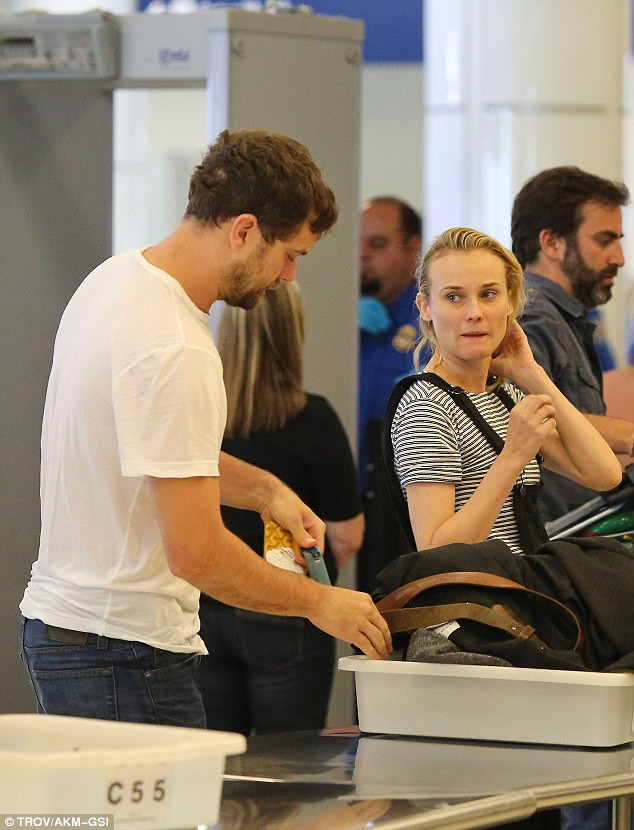 Off on vacation? The pair have been dating since 2006
As they made their way through the laborious process, they didn’t crack a smile but hopefully the destination awaiting them would cheer them up.
Diane was seen on Tuesday filming her new detective drama The Bridge in Los Angeles.

German-born Diane has been filming the second season of the FX series in which she stars as El Paso Police Department Detective Sonya Cross. 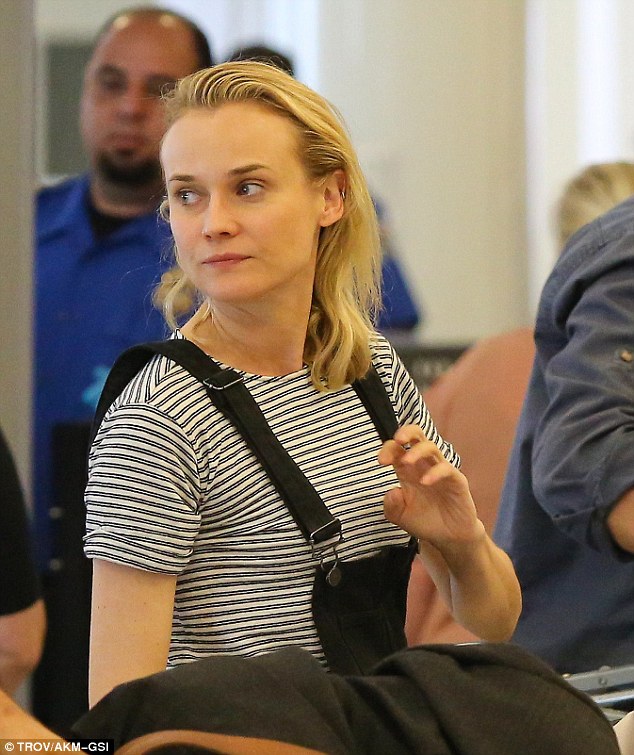 Natural: The Inglourius Basterds star went fresh-faced, showing her flawless skin as she lined up for airport secrurity
The Bridge follows two detectives – one Mexican, one American – and their joint effort to investigate a serial killer menacing both nations along the US-Mexican border.

Complicating matters, Diane’s character also has Asperger syndrome. She and co-star Demián Bichir will return in the 13-episode season this summer.
Joshua is currently starring as a cowboy running a Long Island ranch in the upcoming Showtime series The Affair.
The couple got away a bit in April as they attended the Coachella Music Festival. 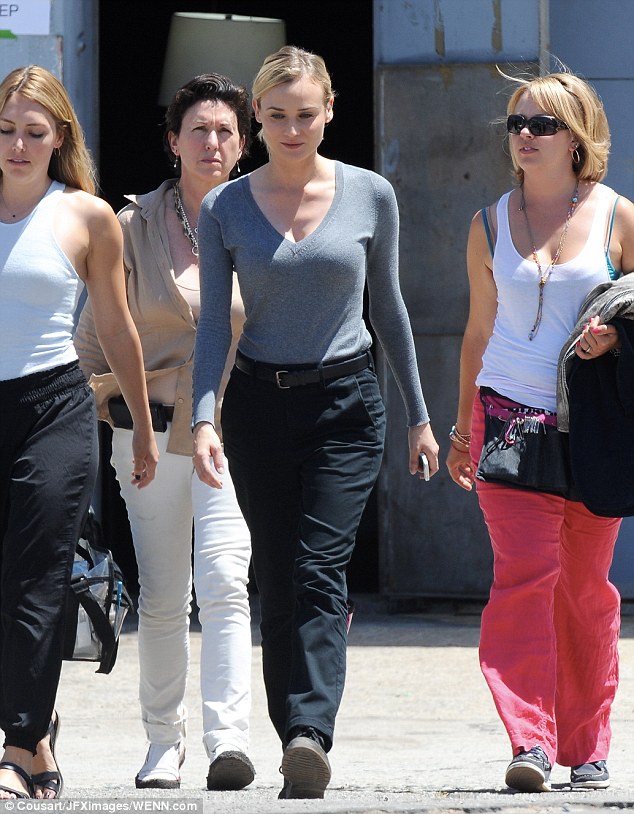 Filming: The actress on the set of The Bridge this week in Los Angeles 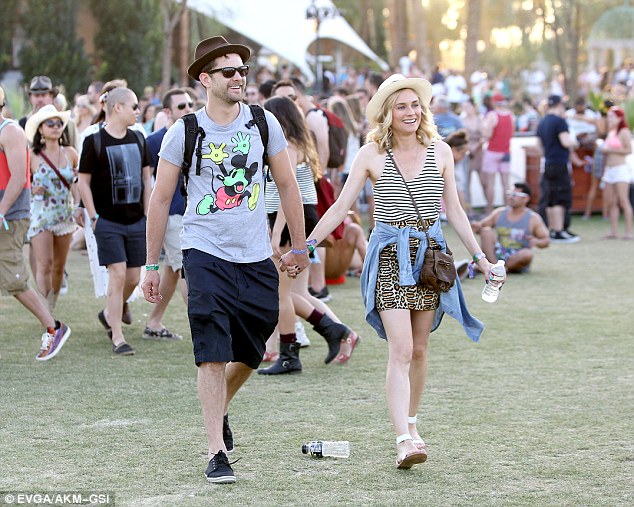