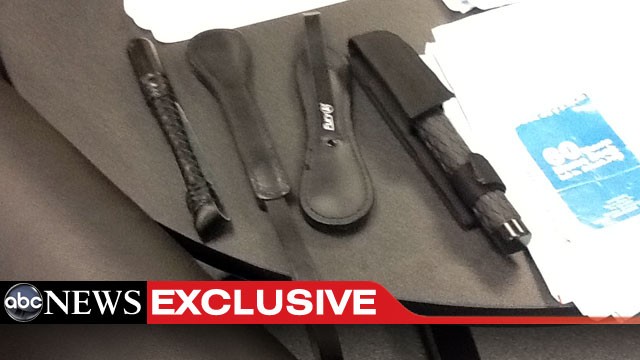 Weapons on Plane in Los Angeles

A Boston-bound man arrested at Los Angeles International Airport wearing what appeared to be a bulletproof vest and transporting weapons in his luggage puzzled investigators by saying, “Hey, this is a game.”
Yongda Huang Harris, 28, a naturalized U.S. citizen who teaches English in China, was otherwise uncooperative with detectives and the FBI, which had an agent sit in on the questioning at the airport.
Like many of the known facts about Harris — now facing a federal charge for transporting hazardous material on an airplane