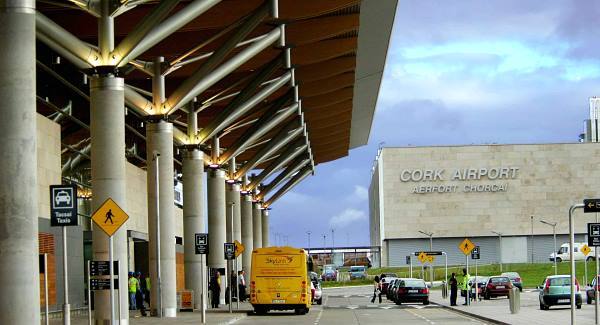 Paul Mills
Over the past several months reports and articles on Irish aviation have substantially focused on only one issue, but Cork airport has other problems, writes Paul Mills.
That issue is whether the Government should sell its shares in Aer Lingus to IAG, owners of British Airways and Iberia.
Willie Walsh, CEO of IAG, at least in the earlier part of the negotiations, offered to pay €1.4bn and to guarantee to hold the Heathrow slots for five years for Irish flights following its takeover of Aer Lingus.
Unions, TDs and the Transport Minister, Pascal Donohoe, have indicated that the future security of both Cork and Shannon airports is uppermost in their minds, together, of course, with the retention of the Heathrow landing slots for Irish-only flights into a guaranteed longer term future, more jobs and probably a few more million.
However, the real and home-grown risk to Cork Airport is the failure of Government to address the issues facing the airport, and represents a far greater risk to the future security of not only Cork Airport but to the greater Cork area.
Cork, and its hinterland, is host to major higher technology foreign direct investment. Many of these companies are major world-wide players in the IT Industry — EMC and Apple to name but two.
Cork is also host to several global pharmaceutical companies. Ready access to the world at large to their global customer base is a major factor in these companies choosing a location. Does Cork still meet that criteria?
To an outsiderm and indeed to some in the multinational community, Cork Airport gives every appearance of being in the process of being run down.
In recent days, a senior executive of a Cork-based manufacturer suggested that connectivity and frequency out of Cork needs to improve dramatically. Access to these companies customers, suppliers and indeed their sister plants is critical to their future success. Failure to provide this access could result in these companies being lost to Cork.. We cannot give these up without a fight.
In his column late last year Joe Gill mooted that there was too much emotion associated with reporting and articles regarding Cork Airport and its future. In effect he was suggesting that those pushing for Cork Airport were simply whining and should get up and find ways to make Cork Airport more competitive. However, as he well knows, that is far easier said than done.
As he intimated, the scale of debt assumed by Cork Airport was not sustainable. However, he also suggested that it was Cork which wanted the grandiose structure that was constructed. Most of us in Cork remember differently. DAA [Dublin Airport Authority] ran this project. It was the paymaster and the decision maker. It incurred the cost.
The government of the day said that Cork and Shannon would be separated from Dublin and would receive debt relief or restructuring. Shannon was separated and debt was written down. Government reneged on its commitments and Cork was left with the DAA.
On 4 March Joe Leogue wrote on the responses he received from local TDs when he asked them two questions on the airport 1) Should Cork Airport receive a debt write-down and 2) Should it be separated from DAA? Their replies or rather the lack of replies makes for interesting reading.
My favourite is that of Fine Gael TD Jerry Buttimer who said there’s no silver bullet for Cork Airport and Fáilte Ireland needed to do its job. He’s right but only in the sense that there is no silver bullet. Unfortunately, there is nothing else on the table either that will allow Cork Airport to become more competitive.
The only solution is for Government to force the issue by 1) ensuring that Cork Airport is marketed separately based on an imperative of attracting more frequent traffic and better connectivity and addressing the needs of Cork Airport users, and 2) having the debt written down to a more manageable level.
Sure they could also sell the old terminal to Michael O’Leary. He offered to buy it before but was rejected. Maybe now they will put their prejudices aside and act like grown-ups, or is that too much to ask?
© Irish Examiner Ltd. All rights reserved
*****************************************
California Aviation Alliance: Airport News List E-mail
Sent by AviaEd@AIM.com – Lorena de Rodriguez on behalf of CAA subscribers. Add your comments to these stories realtime online at  http://aviaed.wordpress.com/.