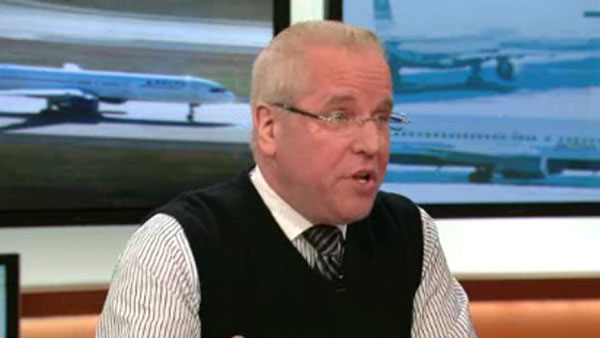 NEW YORK (CNN) – Questions are being raised about safety at JFK airport after Monday night’s incident involving a jumbo jet and a commuter plane.
An Air France Airbus, the largest commercial passenger jet ever built, clipped the much smaller plane, spinning it around like a toy.
John Lucich, a commercial pilot and flight instructor, said it was an accident waiting to happen.
“They started taking a look at this in 2003, years before the A-380 even hit the market, even entered the air. The FAA started to move forward to that,” Lucich said. “But when you take a look at a design group five airport, which has 75-foot taxiways, this is where this happened. It didn’t happen on a 200-foot runway at JFK. That’s where it became an issue. I think that if we were looking at this in 2003 and then again in 2007, it’s also already 2011, why aren’t changes been made to JFK?”
No one was hurt in the incident at JFK, and the National Transportation Safety Board is investigating.
Copyright 2011 CNN. All rights reserved.