By Evan Perez and Adam Entous in Washington and Margaret Coker in Sana’a, Yemen

Authorities intercepted two U.S.-bound packages laden with what appeared to be explosives in cargo shipments from Yemen, raising alarms in the U.S. and Europe and prompting the military to escort one passenger plane landing in New York.

Dubai police said Saturday that one explosive device, found on a FedEx Corp. cargo plane, bore the hallmarks of a global terrorist group like al Qaeda.
“The plot style carries features similar to previous attacks carried out by terrorist organizations like al Qaeda,” the Dubai Police said in a statement, adding that they had disposed of the explosive device.
The discovery of the packages on UPS and Fedex cargo planes in the U.K. and Dubai led U.S. officials to conduct wider screening for potential bombs in airports in Newark and Philadelphia, as well as a delivery truck in New York City.
View Full Image 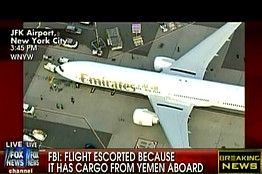 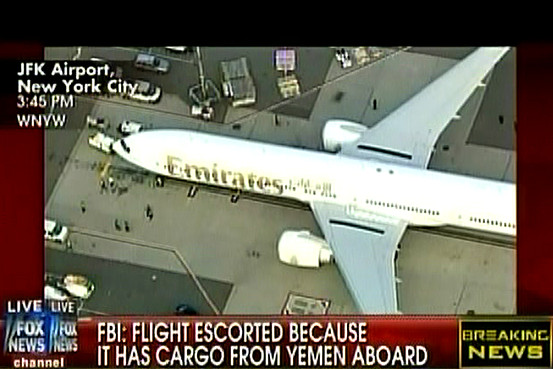 The two packages “apparently contain explosive material,” President Barack Obama said Friday in a nationally televised address. U.S. officials said the explosives weren’t rigged to explode.
Mr. Obama said the U.S. would step up its cooperation with the Yemeni government in the fight against al Qaeda in the Arabian Peninsula—the terror group in Yemen affiliated with Osama bin Laden’s group. He said the discovery was a “credible” terrorist threat and pointed to efforts by the group to carry out attacks on the West. Counterterrorism officials say they are closely tracking multiple suspected terror plots by al Qaeda and its affiliates.
Al Qaeda in the Arabian Peninsula claimed responsibility for a failed bombing of a Detroit-bound airliner last Christmas, prompting the White House to step up a secret U.S. military campaign to kill the group’s leaders, particularly U.S.-born radical cleric Anwar al Awlaki.
Mr. Obama said the two packages intercepted overnight were addressed to two synagogues in Chicago. He didn’t name the synagogues.
Rabbi Michael Zedek of Emanuel Congregation in Chicago was notified of the threat by the synagogue’s security person, an off-duty police officer. He said he wasn’t surprised. “It was, ‘Oh, OK. Thank you for the warning,’ ” Rabbi Zedek recalled thinking. 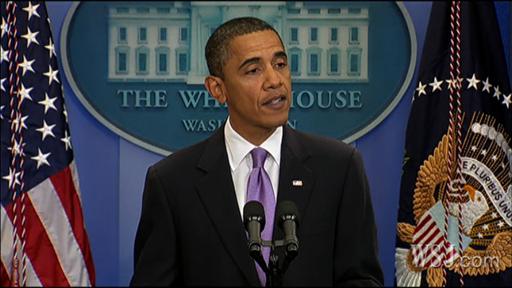 President Obama discusses the steps taken to protect Americans from a bomb threat that originated in Yemen which was scheduled to arrive via mail in Chicago.

A U.S. defense official said there was no telling yet what exactly the devices were for, but they could turn out to be a diversion for a real attack. “An indicator that there may be an attack is people doing a rehearsal,” the official said.
U.K. Home Secretary Theresa May said there was so far nothing to suggest the U.K. was targeted. The U.S. was tipped off by Saudi intelligence Thursday to the plot.
The Yemeni government said it had launched a full investigation. “We are working closely with international partners—including the U.S.—on the incident,” said a statement issued Friday by the Yemeni embassy in Washington.
The first package was discovered at a cargo-distribution center at East Midlands Airport, about 115 miles northwest of London, according to local police. It originated in a United Parcel Service Inc. shipment from Yemen and was found during routine screening at 3:28 a.m. local time Friday.
FedEx Corp. said authorities overnight Thursday confiscated a second suspicious package originating in Yemen at a FedEx package facility in Dubai.
U.S. officials say both were packages that were improvised contraptions made with printer cartridges and what appeared to contain some kind of powder or paste and wires. It doesn’t appear they would have exploded upon opening. 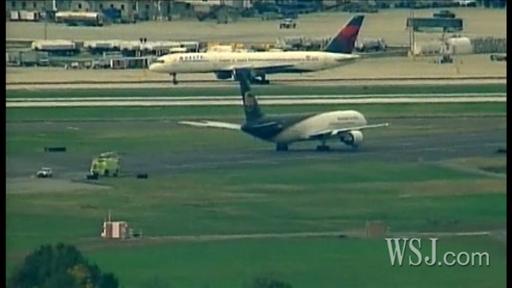 A United Arab Emirates official said the package intercepted in Dubai had “all the components” of a bomb: “It looks like the real thing.” FedEx said it has embargoed all shipments originating from Yemen.
Mr. Obama was alerted Thursday night about the packages and directed U.S. intelligence and law-enforcement agencies to take additional safety steps.
View Interactive 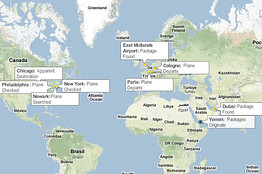 See the locations where the packages originated and were found, and where other planes were investigated. 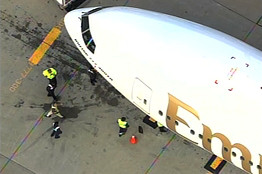 Early Friday, U.S. authorities searched two UPS aircraft in Philadelphia and one in Newark. In New York City, Police Commissioner Ray Kelly said authorities confiscated an envelope that originated in Yemen and was delivered to a J.P. Morgan Chase bank branch in Brooklyn. Nothing suspicious was found.
Later in the day, an Emirates commercial passenger jet carrying cargo from Yemen was escorted from the Canadian border to New York City by two military fighter jets and touched down in John F. Kennedy International Airport around 3:30 p.m., a government official said.
There was no known threat on Emirates Flight 201, the official said, but the escort was a precaution as the plane, which took off in Dubai, was carrying cargo from Yemen. FBI agents and Port Authority police met the plane, the official said, and the cargo was examined.
U.S. and European authorities have been stepping up efforts to unravel what counterterrorism officials describe as an escalation in terror planning by al Qaeda’s affiliates in Pakistan and Yemen against civilians, mainly in Western Europe. 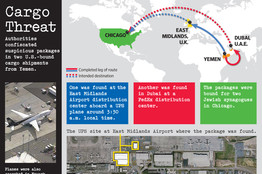 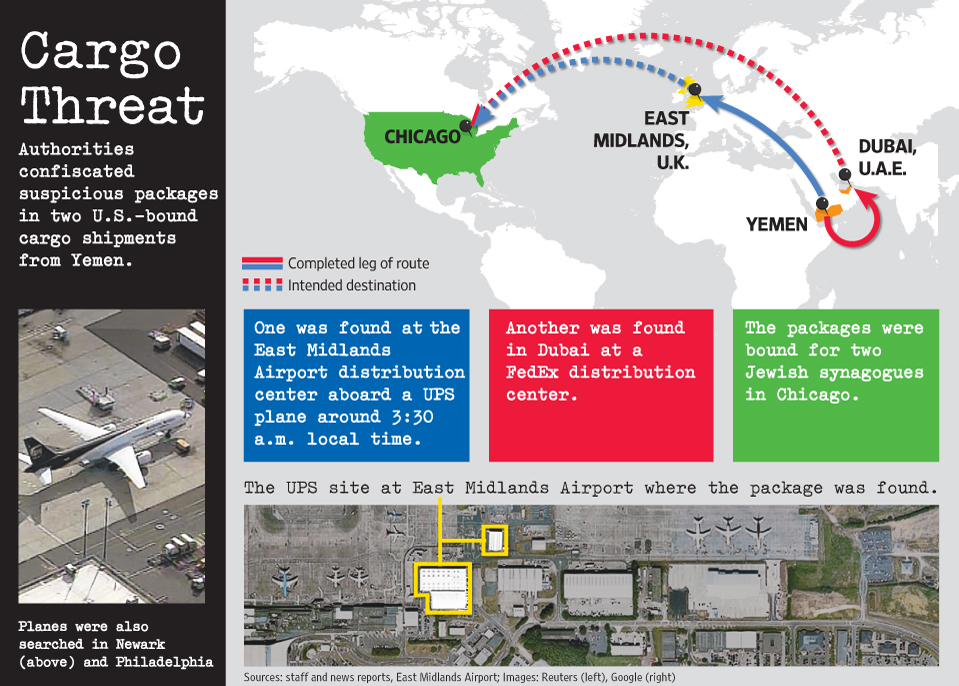 Officials said intelligence and law-enforcement authorities in recent days have ratcheted up coordinated manhunts in Europe for people believed connected to an alleged plot to launch commando-style shooting attacks in the U.K., France or Germany.

That scheme is thought to be styled on the armed attacks that killed more than 160 people in Mumbai, India, in 2008. U.S. officials said intelligence suggested “multiple” plots may be under way simultaneously by different al Qaeda affiliates. Officials said they were looking at any possible connections between those plots and the suspicious packages found aboard the cargo planes bound for the U.S.
The Central Intelligence Agency in the past two months has intensified drone strikes on militants in Pakistan near the Afghan border, killing dozens of suspected fighters.
U.S. and European officials say such operations are having an impact. But the strikes don’t appear to have disrupted the plots, raising concerns some operatives may already be in place in Europe, the officials say.

International cargo shipments have for years been seen as a weak link in anti-terror efforts. Lawmakers have stressed the importance of bolstering cargo screening for explosives, but much emphasis has focused on material loaded into passenger rather than cargo planes. Also Saturday, Australia said it would inspect cargo arriving there from the Middle East.
Mr. Obama’s top counterterrorism adviser, John Brennan, said the incident highlighted the need to redouble efforts against the AQAP terror group.
The White House sought to highlight Mr. Obama’s hands-on response to the threat, which came less than a week before U.S. congressional elections. Mr. Obama was criticized by some for not responding more swiftly to the Christmas Day plot. He was on vacation at the time.
The White House dismissed suggestions the president’s response was politically motivated.
—Julian E. Barnes, Timothy W. Martin and Sean Gardiner

contributed to this article.